Transform light and provide UV protection for your furniture and artwork with innovative, light-diffusing Hunter Douglas sheers and shadings.

Hunter Douglas' cellular honeycomb shades offer superior energy efficiency, helping to keep your home warmer in the winter and cooler in the summer.

Hunter Douglas Roman shades combine the soft look of fabric folds with the operating ease and convenience of a traditional shade, stacking smoothly and evenly when raised.

Hunter Douglas' Woven Wood shades add warmth and character to your space with materials that pay homage to unique textures found in nature.

Hunter Douglas' shutters are available in long-lasting materials and elevated finishes and can be made to fit a variety of windows, including specialty shapes and sliding-glass doors.

The ideal choice for sliding-glass doors or large windows, Hunter Douglas custom vertical blinds are designed in a range of materials, including vinyl, fabric and aluminum​.

Complete your look with Hunter Douglas side panels and drapery. Choose from timeless and on-trend fabrics.

Program your window treatments so that they adjust themselves automatically, creating the perfect room ambiance morning, noon and night.

Transform Your Home with Light

Innovative window treatment designs by Hunter Douglas transform the natural light in your home to create the perfect ambiance, whatever the moment.

See Hunter Douglas videos and learn about the benefits of various types of window treatments.

We offer window treatments for any business or commercial setting.

Our schedule is flexible, and we can come to your home for a consultation.

We Can Repair Almost Any Blind Do you have blind with a broken slat? Hang & Shine Inc can fix almost any window treatment problem.

Our measuring and installation service will ensure an exact fit for your window coverings.

See current and past decorating ideas from our 'Fresh Ideas' Newsletter.

See window covering solutions for a variety of needs and kitchen styles.

See blinds and shades for angled, sloped, and triangle-shaped windows.

See blinds and shades for arched, half-circle or half-moon windows.

See blinds and shades for bay, bow and corner windows.

See blinds and shades for patio and sliding-glass doors.

See all options for automated blinds and shades.

See our options for blinds and shades that best control light.

See blinds and shades that help save energy at the window.

See blinds and shades for light filtering and UV protection.

See blinds and shades that are safer for children and pets.

Our selection consists of the latest in contemporary and traditional styles. Free consultations in the comfort of your own home.

Choose the option that best suits your business! We service all types of blinds with the same worry-free, professional care.

We dry clean draperies “on-site” without removing them from the window. We guarantee no shrinkage, no damage, and no loss of sizing, resins or flame retardant.

We dry clean draperies “on-site” without removing them from the window. We guarantee no shrinkage, no damage, and no loss of sizing, resins or flame retardant.

Like Mike and Jon, Hang & Shine has its beginnings in Carol Stream. It was started after Mike stumbled across an ad for ultrasonic blind cleaning while working for a local carpet cleaning company. The ad helped Mike recognize the need and potential for a blind cleaning company within the community. Soon after, Jon, his younger brother, returned from college and joined as his business partner.

In the first two years of business, Mike and Jon would walk fliers door to door every day until the business was off and running. Every morning, they would pick up blinds and bring them back to their parents' garage for cleaning before returning them that same evening.

Eventually, the Franzone brothers were able to expand their operations. They moved into a commercial space and purchased a fleet of mobile trucks that allowed them to provide their services on-site in their customers' homes and businesses. As the business evolved, they also began selling blinds. Over the years, they have become one of the top retailers for Hunter Douglas window fashions. Through it all, the thing they are most proud of is the outstanding reputation they have earned by providing outstanding service and value at affordable prices.

Call today to talk to the good-guys in this industry. For 20 years, they have been earning the trust and respect of residents and businesses all over Chicagoland. 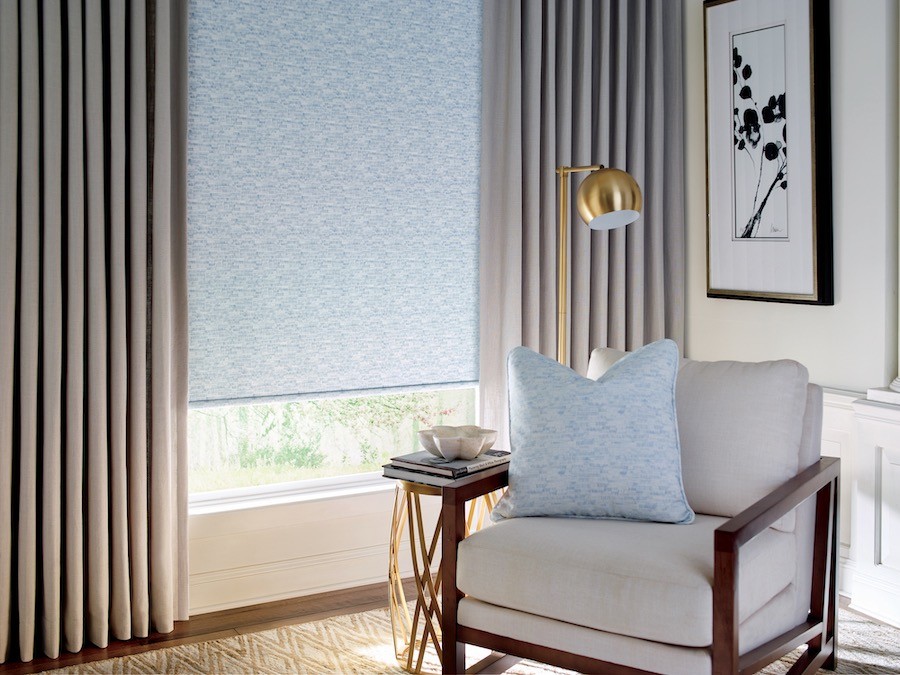 There are no Google reviews yet.

There are no Yelp reviews yet.

We're here to help and answer any questions you may have.

Thank you for reaching out, we appreciate it! One of our staff members will contact you shortly.